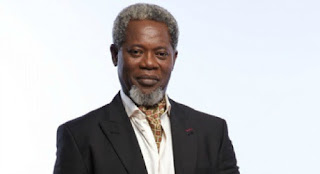 The health status of Nollywood actor Victor Olaotan who was involved in an accident last year is not getting any better with incoming reports confirming that the thespian may have both his legs amputated to allow him any chance of recovery.

Though, the health status of the actor who is known for his role as Fred Ade-Williams in the long-running television drama Tinsel is being closely guarded, the latest information about his condition may come as a rude shock to fans and well-wishers of the grey-haired thespian.

Recall that Olaotan was involved in a ghastly motor accident which occurred at Apple junction, Amuwo Odofin along Mile 2  expressway around 4 am on the 31st of October 2016.

The news about the actor’s accident who was said to be in coma before he was later revived was broken by Akin Adeoya, the CEO of MarketingMix & Company who took to his Facebook page to inform the public that he just received repeated calls from this no: 08023066062, revealing that the owner of the number is said to have been involved in an accident at Apple junction, Amuwo Odofin.

It was later revealed via truecaller that the actual owner of the number is Olaotan and reports later revealed that he was rescued from the scene of the accident and taken Avon medical centre on Bode Thomas where the actor received treatment.

The Tinsel star has featured in a host of movies in and outside the country and is also part of the cast of the movie titled ‘Three Wise Men’ which also features RMD and Zack Orji.
Posted by Unknown at 8:28 AM