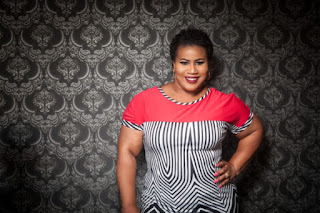 Chioma Omeruah better known as Chigul has revealed in a no-holds-barred interview with Kemi Adetiba's "King Women" how she got married as a virgin at the age of 33 and left her matrimonial home a year after she tied the nuptial knots with her now estranged husband.

The comedian, singer and actress who is known for her accents and comedic characters said she decided to leave her marriage when she discovered her husband had a love child.

"When my marriage fell apart, I felt like I failed at something and I had no where to learn. It fell apart and I didn't wan't it to fall apart. I felt like I disappointed my dad because we talked about it before he died. I felt like when I needed people for me then, no one was. No one was there and I wanted people to be there, I wanted to be able to go to my mum and cry and say I'm tired. Then she'll just always say, Go back to your husband.

"The worst was when I discovered that my husband had a child with someone else. This was a year into my separation. When I found out my mum had heard, I was like, I'm done with everyone. Don't talk to me.

"But I later thought about it. How was she supposed to tell me? I knew it affected her, I knew the way my life was going affected her. The worst thing for me is not being in a relationship, I wanted to give her grandchildren, I wanted us to bond over those things and my success with my life, career is great., it's wonderful, I thank God for it everyday but I want other things too. I want to talk to her about how children misbehave and she can now say," her interview with Kemi read in part.

Watch video here: https://www.youtube.com/watch?v=CAEmYuuKgXQ
Posted by Unknown at 5:28 AM