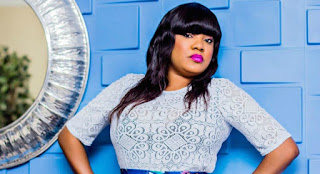 Toyin Abraham’s Alakada Reloaded had a ground-breaking cinema debut weekend as the hilarious comedy recorded sold out shows at a number of key cinema sites across the country. The film grossed an unprecedented N25million in its first 3 days at the cinema.


Alakada Reloaded’s astonishing opening weekend, which began in cinemas nationwide  last Friday, 26th May, has placed it firmly in the current top 5 releases of 2017. Other movies in this list include Okafor’s Law, which made N90million, Omugwo, with N48million, Hire a man with N45million and American Driver with N41million none of which beat Alakada’s opening weekend.
Reacting to the turnout of people at the cinemas to see the movie, actress and producer of the Alakada Reloaded, Toyin Abraham said, “I was at different cinemas throughout this weekend, and I was surprised at the reception from fans all over. People, in large numbers were trooping in to see Alakada Reloaded; it was honestly mind-blowing. We recorded sold out shows everywhere we went. I feel so loved and blessed. I am grateful to God for His blessings and my fans for their love and support. I have got the best fans. It’s so exciting and I want this to continue for as long as possible”. The movie is currently showing at cinemas in Lagos, Kano, Ilorin, Warri, Owerri, Port-Harcourt, Abuja,  Asaba, Calabar, Ibadan, and Akure.
FilmOne Distribution Limited, West Africa’s largest film distribution company and the exclusive theatrical distributor of the movie was most pleased with its success. Executive Director, Mr. Moses Babatope had this to say:
“Film Distribution is no joke. Even with comedy. It takes passion, determination, a keen eye to spot potential, and a dedicated team to strategically maneuver that potential into box office success. From the moment Toyin walked into our office, we could sense her passion, and with the help of our amazing FilmOne team, we’ve been able to help her movie get where it needs to be - the top”.
BBB Media Executive, Taiwo Ajuwon also spoke on why the movie is a huge success, "Nothing great comes on a platter. Our client made a great film and wanted cinema success and that became our mantra. The buzz for the movie had started long before now. What we are seeing now are just the results of the hardwork from everyone involved in the film and the marketing", she said.