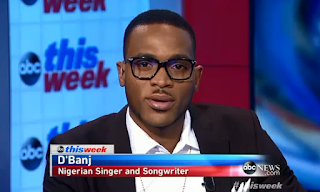 Preparations for the fourth edition of the All Africa Music Awards 2017, AFRIMA, have reached top gear with activities for this year’s edition kicking off with a Music Business Roundtable in association with TRACE.

The Music Business Roundtable which will kick start activities for this year’s edition of the awards scheduled for November 10 – 12 is expected to bring vital issues affecting the music industry in Africa to the front burner.

Tagged with the theme: Digital Takeover: Shaping the Future of African Music, the gathering is expected to attract music professionals, music executives and government officials across the continent who are expected to gather to develop a synergistic progress on the evolution in the music market, technology disruptions, and music business financing.

Senegalese born American based artist Akon has been named as the host of AFRIMA 2017 by the award organisers and he will be joined on stage by co-host, Ms. Sophy Aiida, a Cameroonian-French entertainment broadcaster known on radio in the central African country as the biggest-girl-next-door.

The awards ceremony is expected to be broadcast live on over 80 television stations and online platforms across the world as Akon and Sophy will take charge of proceedings of the event developed to celebrate, reward and showcase the rich musical culture of Africa.