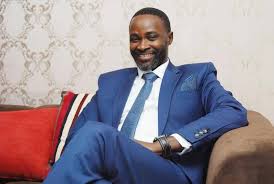 The name Wemi Jones is no stranger to the financial circle and the tourism sector of the Nigerian economy, especially those involved in events management and centres.

A Shot at Political Office
For a man who has been busy running his businesses and making a success out of them, Wemi’s decision to go into active politics surprised many and questions have been asked.
For Wemi, the decision to go into active politics and seek the votes of the Kabba/Bunu/Ijumu Federal Constituency on the platform of the All Progressives Congress, APC, to represent them at the House of Representatives, is a call to duty and an opportunity to further attend to the needs of his people.
“Political office, for me, is an opportunity to serve my people and further continue in myself imposed duty of empowering my constituents. I do not see it as a way of enriching myself or engaging in personal advancement.
“The truth is that we have for so long been saddled with leaders who do not have the welfare of the people at heart but those who pretend to. We have leaders and representatives whose motive is more of personal ambition and the need to promote self above the good of the people. I am seeking office for the sake of the people and their welfare.
“I have been able to do the little I can as a private citizen, empowering our people but I believe I can do much more as their representative. It is my belief that our people will be the better for it if I am elected as their representatives at Green Chambers of the National Assembly.
Asked if he will not become like some politicians who spoke glowingly about their intentions only to get elected and become anti-people, Wemi said he would be different, insisting that he rather not get there if he would change from his avowed mindset and intentions.
“I have not been in office before but I have contributed reasonably to assist our people and have been teaching them how to fish. Empowering people should not be about throwing money around or buying them motorcycles or other things that will not empower them for life. Empowerment should not be temporal but something for a lifetime. Skill acquisition or business venture that will add value to the individuals being empowered; and these must not come because you are seeking election or reelection.
“In my constituency, we have energetic and educated youths who do not have an enabling environment to express themselves and excel. This is one thing I have been trying to address and hope to address further when I get into office. Being in government as a member of the House of Representatives will enhance my ability to do more.”