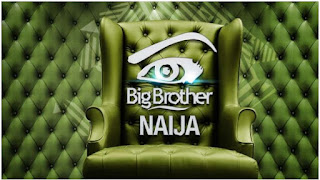 The organisers of the just concluded Big Brother Naija 2018 reality TV show have been left red faced over claims that it raked-in the sum of N5.1 billion as profit it earned for staging the contest.

The fee per vote via SMS was put at N30 and with a total of 170 million votes in all, the total revenue from the show would sum up to N5.1billion.

The computation is however said to be faulty by the organisers who say that a lot of the votes were cast online, and it was free, while it also noted that the telcoms through which the votings were done held back a substantial part of the SMS fee.

MultiChoice Nigeria Limited, the organisers and two of its partners  Heritage Bank, Payporte were even more miffed after Twitter handlers of Union Bank also fell for the figure when they tweeted after the show that the sum of N5.1billion was made.

Even after it was informed that there was online voting, Union Bank insisted that the total sum made by the organisers still runs into billions of naira.

However, a source close to MultiChoice has revealed that only 1.7 per cent of the total votes came via SMS.

The source said; “A meagre 1.7 per cent of the 170 million votes that decided the show just concluded Big Brother Naija came via SMS. The remaining 98.3 per cent came via online voting platforms.

"Union Bank also didn’t take into consideration that “telecommunication and data services companies could not have made their infrastructure available at no cost."

The source also added that of all the 49 African countries that viewed the show, only viewers from Nigeria were allowed to vote via SMS.

“Voting was open to 49 countries across Africa. Voting platforms were online, website and mobisite (website via phone) and SMS.

“Over 98 per cent of the votes came from website and mobisite. Nigeria was the only country allowed to vote via SMS,” the source added.