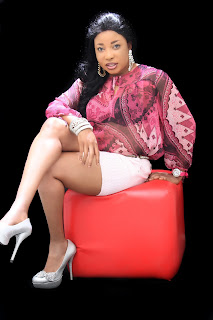 Bespoke music video of Nollywood actress Lizzy Anjorin titled 'Orombo' which features rapper Jhybo has been released.
The video was released to the on music websites, Digital TV and Terrestrial TV last Saturday, after its debuted on Goldmyne TV.
'Orombo' video was shot by talented cinematographer, Lakeside of 12digits production. The highly colourful video had cameo appearances from veteran musician Shina Peters, Nollywoood stars Lanre Omiyinka (Baba Ijesha), Madam Kofo, toyin Adewale, Dejo Tunfulu and Saheed Abioye among others.
Shot in the serene environment of Lekki phase 1, the video tells the story of rapper Jhybo who is known to preach love to physically challenged people.
According to Liz, plans are underway to drop two new videos before the third quarter of 2015. “We have started working on another video. 'Orombo' is a love story and I think it’s a good way to start.
On her new single titled 'Farabale' she said the club song will showcase her other side.
“My new single, 'Farabale' is another side of me. People will dance in this one. It is a high tempo club banger. I am presently going through dance and choreography rehearsals for the upcoming video of Farabale. People should just watch out.”
Posted by Unknown at 10:01 AM