Flavour out of sight as Anna Banner dedicates daughter 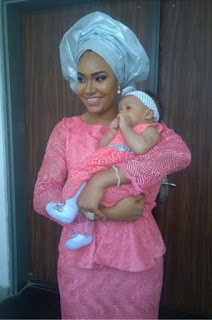 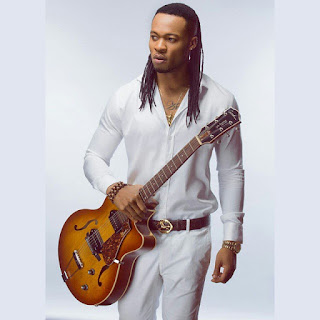 Although the christening of the child who now goes by the name Sofia turned out to be a memorable one with fans and family friends turning up in their numbers to celebrate with 20 year old ex-beauty queen, Anna Banner, close watchers could still not fathom why Flavour chose not to show up at his child dedication.

Fans are beginning ask questions about Flavour’s absence especially considering the fact that when Miss Banner gave birth last August in America, her family and Nigerian singer Flavour who is responsible for her pregnancy decided to keep the news quiet.

Flavour’s absence is now fueling speculation that he may be leaning towards settling down with Sandra Okagbue who first made him a father when she gave birth to his first child- a baby girl on September 27, 2014.

It could be recalled that Flavour ruffled feathers between his baby mamas when he announced on a TV interview that he will be getting married soon without actually mentioning the name of the lucky woman in question.