It was all fun and glam when entertainment hangout Rumours played host to the 4th edition of the GLORIA IBRU and Friends tour tagged #GIAF.The club tour of select fun hangouts in Lagos by Gloria Ibru and her G Note band is a prelude to the  album launch of the Jazz Empress who has concluded plans to make the album available to fans before the end of the year. The #GIAF show in months gone by had been to Ikeja, Surulere and Lekki in the last 3months and this time was the turn of Festac Town in Amuwo Odofin and Rumors Night Club to play host to the epoch event. During the night, Gloria performed alongside her Live band “The G Notes ”some lovely classic melodies and also some songs from her upcoming debut album which includes tracks such as AFRICA ft Dede Mabiaku, Only for Sometime ft Vector and Onitemi ft new hip-hop revelation Day9.Other artistes who also added spice to the night includes Special guests likeDede Mabiaku and Rayce, Alula, Day9, Soma, D-O,Yungbest, Alo and Oby.G Notes the official band for the night thrilled guests present with their expertise and left no one indoubt that that they were Africa's number band.It was also a night when Gloria the one also known as Mama G unveiled her 22 year old Daughter to guests and much to the surprise of all Alula performed alongside her mother, backing her up and showing much promise of the singer she is to become in the coming years. The compere's for the night were OAP Lawrence  of Classic FM 97. 3and Justice D'Guru Atigogo While special guest for the night were in the persons of  Ambassador Elajoe and DJ Moonlait and DJ Tommy (Rhythm 93.7 FM) who provided music that kept guests on their feet long after Gloria Ibru had left the stage. 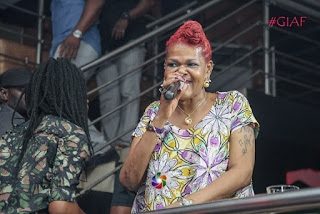 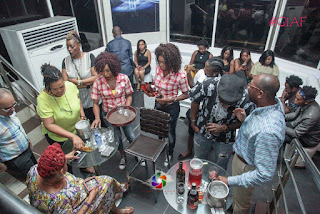 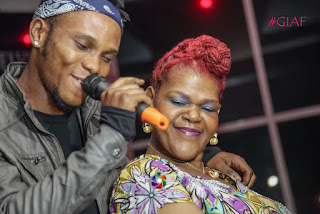