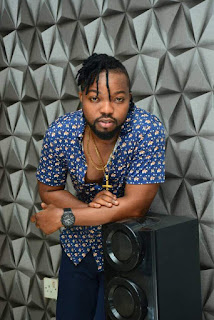 Burgeoning Afro pop singer Chukwuyem Onyemaka Romeo better known by his stage name Cyprex is set to carve a desirable niche for himself on the very competitive Nigerian music scene with the release of his latest single titled "Money".

The new track which is off his yet-to-be released album will be put out through the stable DG Records and it is coming on the heels of the success of his previous single, Colombi, featuring Oritsefemi and Harrysong.

Cypres' management, led by Jegbefume Henry, one of the brains behind the success of Osinachi, singer, Humblesmith  said: "Ever since he hit the music scene, the act known as Cyprex has been redefining the sound and heating up the airwave. His last single, Colombi, featuring Oritsefemi and Harrysong, two music heavy weights was a resounding success.

"Now he is poised to heat up the music scene again as he drops his latest single entitled Money. Fans should watch out for this act. He is the future of Nigerian music. Lovers of good music, keep a date with him as he unleashes his latest single on Tuesday, July 25," Henry added stating that the single will be on music blogs across social media platforms for free downloads. And guess what, the video was directed in Lagos by Matt Max and produced by Emani.

Born March 9 and discovered by Elema Chuks Ozuem, the CEO, DG Records, the act is currently being managed by one of the hottest music managers in Nigeria, Jegbefume Henry. His first singles, My Time and Honey dropped in 2016 to wide acclaim. And the success was flowered by Colombi with a video directed by Mat Max. On the academic front, Cyprex is not found wanting. He went to Medical school before studying Environmental Science at Delta State University at Masters level.