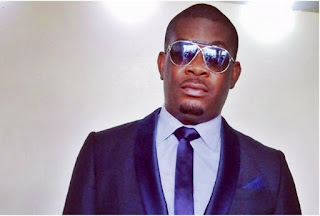 Music producer and head honcho of the Supreme Mavin Dynasty (SMD) Don Jazzy has added his voice to the growing increase of song theft allegations in the music industry.


Reacting to the trend in a series of posts on Twitter, Don Jazzy says a lack of songwriters in the music industry is the reason there is an increase in copyright theft allegations.
Don Jazzy quipped that it is all about beat in the industry as many artistes are not creative enough to conjure up a better line of meaningful lyrics but says the industry can be redeemed if there are more songwriters.
He wrote; “I think what our industry needs now is more song writers. We have too many artists as it is.
“Taking a look at the industry now you see many artistes who are not creative enough to put up a better line of meaningful music, rather it’s all about the beat in Nigeria.
“Sometimes you hear legendary artistes calling other artiste out for using their content in their music without referencing of taking permission from them,” he added.
His comments are coming a week after the pair of Mountain Black and Mad Melon (real names Jimoh Olotu and Omeofa Oghene respectively), of the ‘Danfo Drivers’ fame accused producer and artiste, Tekno of sampling one of their songs without permission.
The bitter duo better known by their hit single ‘Danfo Driver' said in an interview with Wazobia TV that Tekno’s latest song titled ‘Jogodo’ is a sample of their 2008 song titled ‘Kpolongo’.
The matter was however settled 24-hours later Tekno shared a photo of himself alongside Mountain Black and Mad Melon on his Instagram page informing the public that he had settled with his accusers.
Recall that in the month of July 2016, Majek Fashek threatened to sue Timi Dakolo for remaking his song titled ‘Send Down The Rain’ in 2013 without his permission.
Also in the month of November 2017; Jaywon and Simi were both accused by veteran musician and one-time Commissioner for Arts and Culture in Edo state, Sir Victor Uwaifo of remixing his song titled ‘Joromi’, without his consent.
Two months ago, veteran Nigerian musician Chief Sunday Adeniyi Adeyeye, popularly known as King Sunny Adé through his manager identified as Clement Ige also accused both Davido and Small Doctor of copyright infringement.
Posted by Unknown at 7:19 AM